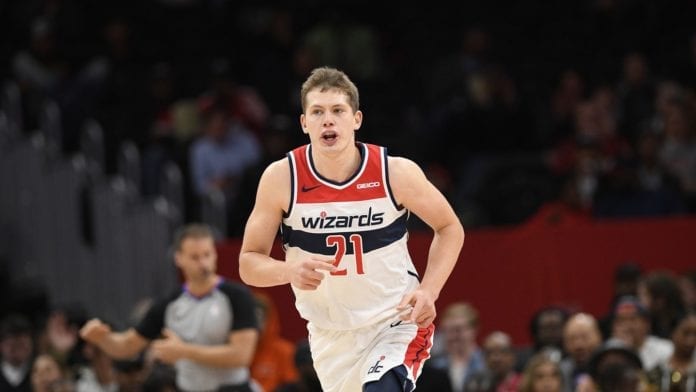 Flaming Mo Wagner will be a hot pickup this week, so you need to get in early if you haven't. Thomas Bryant (foot) will be out for at least the next three weeks with a stress reaction in his foot, and Wagner is the direct player in the center position that was playing behind Bryant, and has been more than serviceable in limited minutes so far this season.

Even with just the two games this upcoming week, Wagner looks set to play big minutes moving forward and has shown even in limited minutes that he is capable of producing big numbers if given the opportunity. Well, here is the opportunity.

Culver is still only owned in 17% of leagues, and that should be a lot higher. Your percentages may take a hit, but he is playing decent minutes and is starting for the Wolves and playing well. Culver is coming off a handy 11-8-6 game with 1 steal and 2 blocks and is starting to find his feet in the league. If he's still on your wire, I'd be picking him up and ride this hot run in a system that suits his playmaking.

Melton and Jones are the two picks from Memphis in the light of the recent Ja Morant (back) injury. Morant is considered week-to-week and the Grizzlies will likely play it really safe with their young star, paving the way for Melton and Jones to be good short-term pickups.

Walker is definitely the surprise pick. In the Spurs' most recent game against Houston, Walker came off the bench and caught fire, notching up 28 points on 10-15 shooting and outscored the Rockets 19 to 18 by himself in the fourth quarter. Walker has played 16 and 35 minutes in his last two games and can bring points in bunches if given the time consistently.

The Spurs may potentially lean in that direction with the team getting off to one of the worst starts in the Popovic era, but nothing is a certainty. He might be the worst player on your roster and the schedule for the Spurs coming up isn't too flash with the team playing a total of two games in nine days, but Walker may be worth a flier to see if he can keep up this hot form.

Jones has been the center that has emerged as the clear starter and has distanced himself from Alex Len and Bruno Fernando since the absence of John Collins (suspension). Jones is coming off a 20 point, 8 rebound game in 28 minutes and looks the goods to remain as the starter, even with Collins back in the line-up soon.

Jones is definitely worth a pickup if you're needing a big man based on his recent form, just be wary of when Collins comes back into the line-up that it could derail some of his value.