Australian guard Josh Giddey has been a triple-double threat in virtually every game he has played this NBL season for the Adelaide 36ers, and his draft stock has been taking leaps forward.

With the NBA draft order locked in, draft projections have Giddey going in the 10-16 range.

While his skillset could be valuable to a lot of teams, we look at the best four landing spots for the Aussie.

The Warriors are still in the title window, narrowly missing the playoffs despite Klay Thompson sitting out the entire season due to injury. With Steph Curry, Thompson, and Draymond Green all being the wrong side of 30, Golden State is in win-now mode and needs ready-made players to fill up their roster.

Having played for the 36ers, Giddey is that ready-made player. Similar to LaMelo Ball, Giddey was a permanent starter in the NBL and could slot into the Warriors backcourt rotation.

The Warriors have recently been linked as a possible trade destination to 76ers guard Ben Simmons. Giddey doesn't have anywhere near the same defensive nous as Simmons, but in many other respects could fill a similar role. 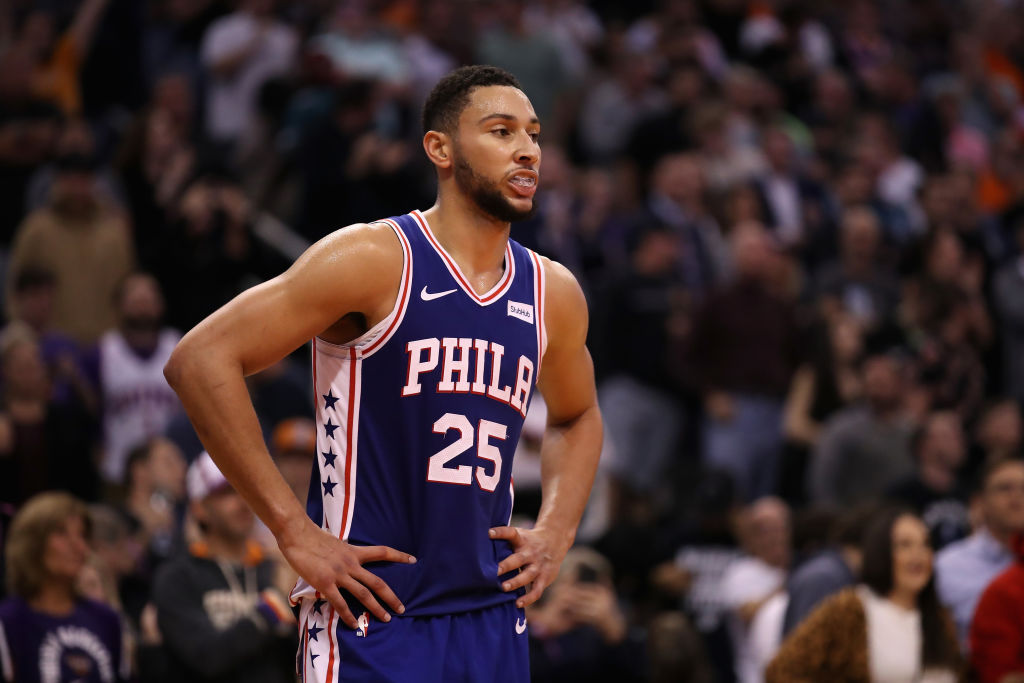 Giddey is a tall guard, who is switchable enough on defence that he could play 1-4 on many opposition line-ups. He is also a gifted passer that sets up teammates. He averaged over 7 rebounds and assists while playing in the NBL, flashing the potential of being a triple-double threat like Simmons. His passing and ball movement will fit seamlessly into the Warrior's offense, as he will generate excellent shots for Curry and Thompson.

He also has two major advantages over Simmons. Firstly, the Warriors could get him for nothing. If Golden State is sold on the Aussie, they could use their 7th selection to take the guard. There is also a chance he could slide to their 14th selection which would be a steal. This frees up their draft picks, James Wiseman and Andrew Wiggins as potential trade pieces for another player.

The other advantage is Giddey is a willing shooter. His 28% from the 3-point line in Australia shows that he needs to improve his shot, but he attempted 3.5 per game. Even with a slight improvement, he could fit into a Warriors offence that will give him plenty of open looks as Curry and Thompson garner the attention. There is still no evidence to show that Simmons will increase his 3-point attempts, which is something that Giddey will.

The Pacers are one of the likely candidates for Josh Giddey due to his fit on their team, and Indiana holding the 13th selection.

Indiana currently have a strong starting backcourt of Caris LeVert and Malcolm Brogdon. Both of these players however have struggled with injuries and health issues throughout the past year, meaning they need to ensure depth at this position.

Giddey would be able to fit into the Pacers roster and bolster their secondary unit by providing playmaking, scoring, and some size for an underwhelming supporting cast.

Currently, they have T.J. McConnell who is a serviceable guard but could be replaced. He is also entering unrestricted free agency. Their other guards Edmond Sumner and Aaron Holiday haven't shown themselves capable of running the bench unit.

If everyone remains healthy, Giddey could be eased into the rotation throughout the year learning from LeVert and Brogdon. If health is an issue for the Pacers guards, however, Giddey would be capable of slotting into the starting line-up and still contribute to winning basketball.

Domantas Sabonis would also be an excellent role model and mentor, being able to teach Giddey about moving to America and adjusting to the NBA.

The Pacers have also been rumoured to have shopped around Malcolm Brogdon around the trade deadline. Drafting Giddey could allow the Pacers the flexibility to explore Brogdon trades again if Giddey can provide an immediate impact and improve his jump shot within his first few seasons.

Another benefit of drafting a guard for the Pacers is the signing of new head coach Rick Carlisle. In Dallas, he was known for getting the most out of his guards and helping many regain form and their careers. Carlisle would be an excellent coach to help Giddey continue to develop as a playmaker and shooter.

The Rockets would love a player like Giddey to fall to them at their 23rd selection (though this would be unlikely). For Houston to be a serious contender for the guard, they would likely need to trade up the draft (using picks 23 and 24) or trade down (using pick 2).

The Rockets would be wise to do the former.

Currently, Houston is in a rebuild and have been acquiring young players and picks. From their current roster, it appears that only Jae'Sean Tate, Kenyon Martin Junior, Christian Wood and Kevin Porter Junior are the only players the Rockets should try to hold onto.

Giddey would be a great young piece to add to this core. He would pair well with Porter Jr. in the backcourt. Porter provides flare, athleticism and scoring, while Giddey provides passing, size and versatility that would allow Porter to play to his strengths. He reads the play on the defensive end as seen by 1.14 steals and 0.43 blocks a game.

He could also help run the offence for this young core. While all of them have shown some playmaking and ball-handling ability, Giddey would be an upgrade over the four previously mentioned players.

He would also be on a low salary for the next 3-4 years, meaning the Rockets could sign upcoming free agents before Giddey's contract is up for an extension.

The glaring issue for Houston is the three large contracts they already have at the guard position.

The Rockets currently have John Wall, Eric Gordon and DJ Augustin in their guard rotation. Houston is looking at trading some if not all of these players, in order to free up playing time for their younger players. While Wall and Gordon especially are on large contracts, when healthy, both could be the missing piece for a title contender.

Drafting Giddey would fast-track these potential trade scenarios, which could be beneficial for a Rockets team with an incentive to be lower on the standings again next year.

Former Sydney Kings coach Will Weaver is a current assistant coach for the Rockets, which would give Houston the inside track for researching and scouting Giddey's play in the NBL. They also have former NBL player Jae'Sean Tate who would be an excellent person to help support and mentor Giddey transitioning from the NBL to the NBA. Tate was able to have an immediate impact in the NBA thanks to the Rockets coaching staff. This would give Houston great confidence that they could help Giddey do the same.

Just like Houston, OKC doesn't currently have a pick-around where Giddey is expected to be drafted. They hold picks 6, 16, 18, and multiple second-rounders.

They would love him to fall to pick 16, though that does appear unlikely. Therefore, a trade-up for Giddey would be required.

Also similar to the Rockets, Oklahoma has the picks to be able to trade up to draft Giddey, and that is what they should do.

OKC currently has a young roster and an endless supply of draft picks. They played the youngest starting 5 ever recently in the 2020-2021 season.

Despite this, the only untouchable player on the roster is Shai Gilgeous-Alexander. Giddey would be a great player to place alongside Alexander in the future. A backcourt of these two would provide the Thunder a lot of size and versatility making them a nightmare for opposition guards. Shai has shown he can work on or off-ball which would take off some of the pressure from Giddey in the early stages of his career.

Giddey fits Oklahoma's timeline as he is young enough to grow with the rest of the Thunder's young players and draft picks. The Thunder also showed they could contend for the play-in matchups next year, as they were competitive earlier in the season before being plagued with injuries. Giddey would immediately add some depth to the bench, with the potential of becoming a starter alongside Shai towards the latter half of the season.

OKC has lots of young pieces but is still short when it comes to guard depth. Ty Jerome and Theo Maledon are young guards that have shown flashes, but are yet to establish themselves as starting level players for next season or in the future. The Thunder also recently traded for Kemba Walker who would be expecting a starting role.

Drafting Giddey would be insurance in case Walker continues to have injury problems. The Thunder have also traded and flipped veteran players recently, so it is likely the Kemba's stay in Oklahoma will be a short one.