Earlier this year, on a holiday in New York City from my native Australia, I was lucky enough to witness the Brooklyn Nets play the New Orleans Pelicans at the Barclays Centre.

I love basketball, and I would have gone regardless, but in my mind, the number one reason I was there was to see New Orleans megastar Anthony Davis – and with all due respect to the Nets, I’m sure that’s why the locals were there too.

You can then imagine my surprise and disappointment when the starting lineups were announced, and AD’s name was not called out. A quick Google confirms that Davis is injured, and will not be suiting up tonight.

However, this was the risk I took when I purchased a ticket to see the match. One of the inherent gambles you take is that the players you are excited to see may or may not play for one reason or another.

It is a non-negotiable clause of buying the ticket.

Fair or unfair, it’s the nature of sport. I can guarantee that if ‘Unibrow’ had the choice, he would have played against Brooklyn.

The Cleveland Cavaliers are the latest team to draw the ire of the NBA community for resting their superstars.

Kyrie Irving, LeBron James and Kevin Love took off Sundays’ (AEST) prime time game vs the Los Angeles Clippers, causing the ABC broadcast crew to call the team a “joke” – probably because they were left to call one of the most snooze worthy games of the year.

This comes just a week after the Golden State Warriors rested Stephen Curry, Draymond Green, Andre Iguodala and Klay Thompson in the middle of an eight game, 13-day swing. 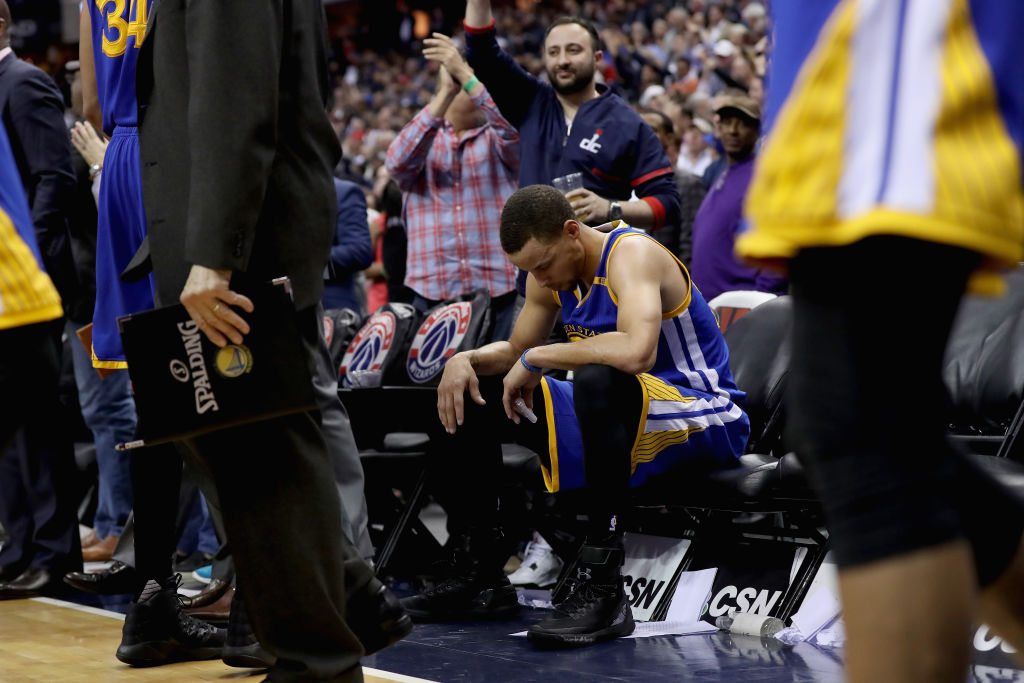 But look at almost every team in the NBA, and you can find evidence of a sneaky rest job this season. When it really draws the fury of the league is when it’s a nationally televised game, like Sundays’ Cleveland vs Clippers match.

Fair enough. The League has to protect its own interests, and it did in 2012, when they fined the San Antonio Spurs a whopping $250,000 for resting Tim Duncan, Manu Ginobili, Danny Green and Tony Parker in a prime time game vs fellow title contenders the Miami Heat.

The official reasoning behind the fine was not informing the league nor their opponents in a “timely manner” of their decision to take a self imposed siesta. Most of the league jumped to San Antonios’ defence in this instance.

However, that is not the case these days. Last week, Washington Wizards superstar John Wall was quoted saying that the league has gotten a little “soft”, and that resting was proof of such.

So, we’ve established why we all hate resting. Most of these reasons can be summed up as the disservice provided to the fans.

But as much as fans like to believe they are the centre of the universe when it comes to sport, they are not – and by the way…is it a disservice to the fans?

But first, let’s draw a parallel here with the jobs we do in real life – always a controversial, but nonetheless accurate comparison.

If you believed your working conditions were unfair, or worse, dangerous, you would raise it with your boss, or you union, if you were a member of one.

After all, everyone deserves to be safe at work. Believe it or not, even athletes do.

Everyone has rights at work, even the most highly paid workers, such as NBA superstars. This we should all be aware of, given the magnitude of the labour disputes that have taken place in recent NBA history.

Let’s not be naïve here. Your rights at work do not scale upwards and downwards depending on how much you are paid.

Many NBA teams and players profess that the current schedule is at times, far too congested, and borderline dangerous. After all, these are high intensity NBA matches we are talking about here.

Medical staff have access to more data on workloads than they have ever had before, and recently, the trend has been that they have been informing their head coaches when they believe players need rest.

But apart from the danger to the player's body, why else is it that a player may rest – to be fit for the playoffs.

Burnout is a discussion we’ve seen in every sport, from rugby to cricket to hockey to soccer, and of course, basketball.

I don’t know about you, but I skip large portions of the NBA regular season at a time – similar to some of the players!

After about 60 odd games, I find myself less interested with what’s going on; especially considering my team has not been featuring in playoffs contention for years now.

When I switch the playoffs on, I, much like the players themselves, want to be seeing the best players and teams battling each other. In some cases, one injury can completely let the air out of a series.

If a medical staffer believes that resting a player will keep them fresher for the playoffs, I’m all in favour of it. Who cares if they happen to miss one meaningless regular season game?

NBA.com writer David Aldridge came up with a decent foil for the resting epidemic.

Aldridge believes that if a player is resting from a game, not only must they inform the NBA in a “timely manner”, but they must also be present at the game, and provide adequate reimbursement for the fans for the rested match.

This would involve a signing/photo session, a meet and greet, etc. Essentially, it would be a good time for the player to admit their sorrow over not being able to play that night, and thank the fans for all that they contribute to the game.

Despite what some players like to believe, the fans do contribute an awful lot. After all, the league is a mutualism. The players need the fans as much as t’other way around.

Next time you go to pay out on a player for taking a game off, remember that.