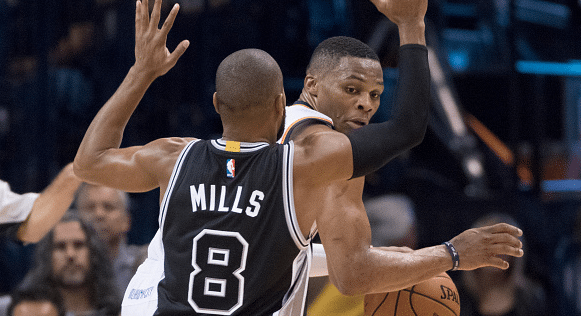 Australian Patty Mills has helped his San Antonio Spurs to a 20 point win over the Charlotte Hornets.

The Spurs won 114-94 as Mills came off the bench to play 19 minutes and score 15 points, the third highest for his team, behind Kawhi Leonard, who scored 23 points and LaMarcus Aldrige, who scored 16. Mills also had two rebounds and two assists.