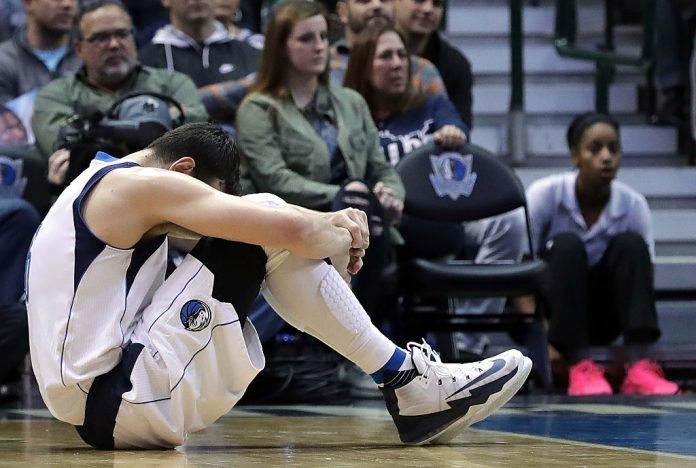 Australian centre Andrew Bogut's long list of injuries has continued at his new club, with the big man going down just a minute into his career with the Cleveland Cavaliers.

Bogut copped a knee to his shin while defender Miami's Okara White.

He was assisted off the court and could not put any weight on his left leg.

Bogut was carried off, and couldn't put any weight on his left leg. Doesn't look good.

One minute in to his Cleveland debut, Aussie Andrew Bogut cops a knee to his shin and has gone straight into the dressing room #NBA pic.twitter.com/RrbYf6fTt4