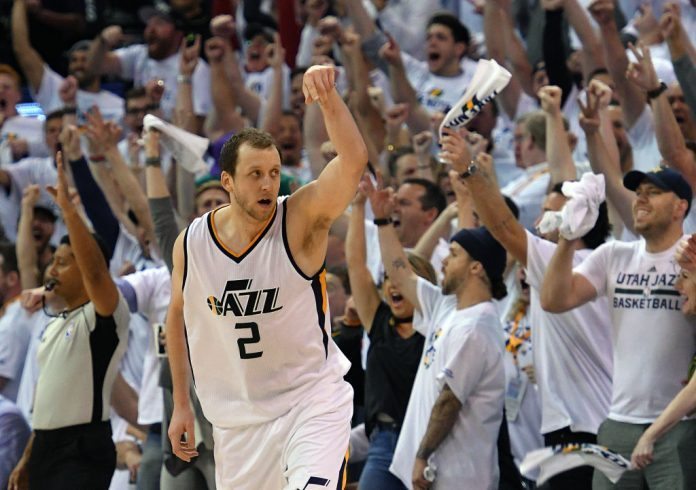 Utah Jazz swingman Joe Ingles has set an Australian NBA playoff record for assists, as his side went on to beat the Los Angeles Clippers 105-98 and tie the series at 2-2.

His 11 assists against the Clippers was also a career high. The Aussie added 8 points, 6 rebounds, and two clutch threes late in the game, to go along with his record assist number.

The win levels the series, with the winner to progress and likely play Golden State, who lead Portland 3-0.

The Jazz did it with star Gordon Hayward only playing 9 minutes, all of those coming in the first half. He was suffering from food poisoning.

Ingles did most of his damage in the first half, with 9 of his assists coming with a quarter and a half still to play.

The Aussie welcomed the return of Rudy Gobert from a knee injury, and it showed.

"I think we locked into what we were trying to do all game," he explained.

When asked about how it was for him being the facilitator, the Aussie's first response was classic comedic Joe Ingles "Tiring [laughs],".

The next game in the series will be on Wednesday in LA.