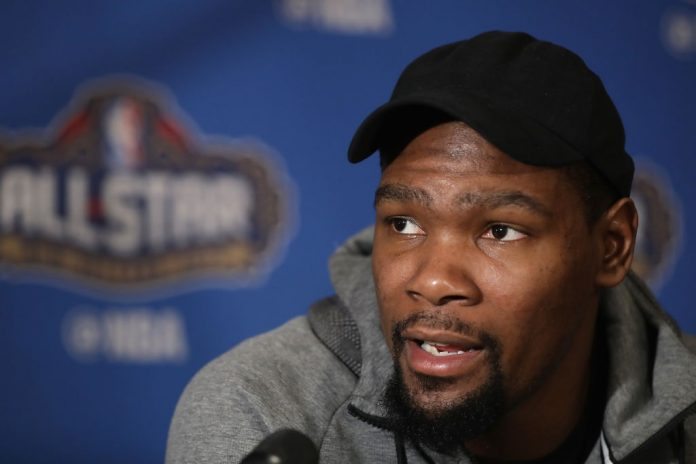 Golden State star Kevin Durant is out "indefinitely" after injuring his knee during the Warriors' four point loss to Washington on Tuesday.

Durant, the side's top scorer this season, limped off the court after teammate Zaza Pachulia fell on his left leg.

Scans have since revealed he has suffered a sprained medial ligament and leg bruising.

The Warriors are unable to put a time frame on his return, however, are hopeful he will be back before the end of the regular season, which ends on April 12.