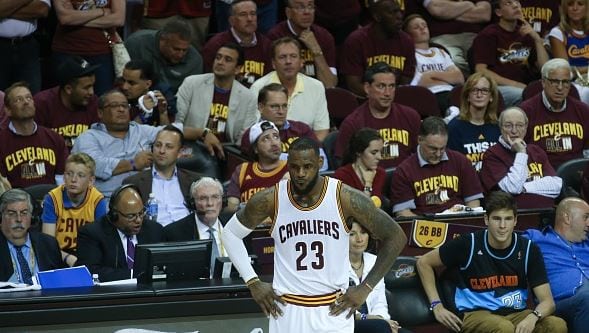 Matthew Dellavedova has continued his superb NBA form and shared in a moment of American sporting history, providing the assist for LeBron James to become the youngest player to score 25,000 points in the NBA.

Dellavedova started on the bench but played a whopping 34 minutes in Cleveland’s 107-100 win over the Philadelphia 76ers yesterday, just missing a double-double and teaming up beautifully with superstar LeBron James.

Rekinding the partnership that was a highlight of the Cavs’ finals campaign last season, Dellavedova turned regular provider for his superstar teammate, with his assists including one spectacular fast break dunk late in the final quarter.

The Aussie then put up another lob pass for four-times NBA MVP James to bring up his 25,000 career points. At 30, James became the youngest to reach the milestone, though he’s fourth fastest in terms of games played.