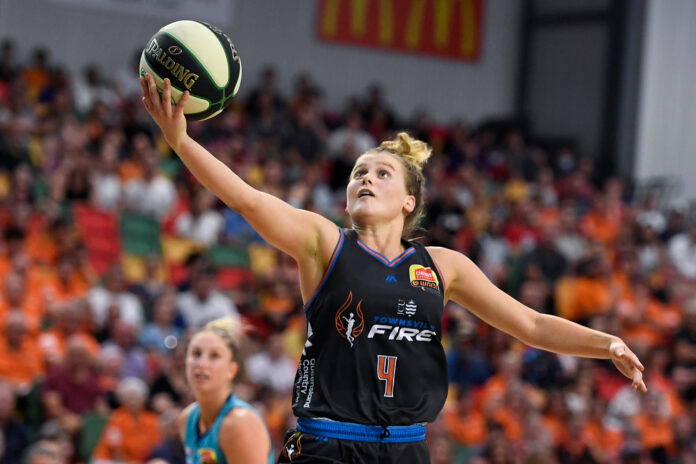 Up and coming Australian basketballer, Shyla Heal, is without a team after just a few weeks of professional play.

The daughter of Australian basketball legend, Shane, Shyla was destined for basketball greatness from a young age.

After being drafted 8th in the recent 2021 WNBA draft by the Chicago Sky franchise, she managed only 31 minutes of playing time before her career was sent spiralling.

Heal was traded from the Sky to the Dallas Wings where she was subsequently waived. The Chicago Sky had received draft capital and Dana Evans as part of the trade.

The Canberra product went to Twitter to express the disappointment of an interrupted maiden season, but is still upbeat about her future.

"It's a really disappointing day to be rereleased from the WNBA. It wasn't the ideal start missing Preseason and not getting many practices with the team but that's life.

"This set back is exactly what I needed. Not many 19 year olds get a taste of the best league in the world, if at all.. and now I've NEVER been so motivated!

"I can't wait to show people what I can really do. Onwards and upwards with a positive mindset and things to prove. Thanks to everyone for your support!! <3 COMING BACK BETTER BABY.

Entered the WNBA at just 19 years of age after spending the 2020 WNBL season with the Townsville Fire, Shyla Heal was one of the youngest players in her draft class, significantly younger than many of her peers.

For perspective, the average age of the first-round picks in 2021 was 21.5 years of age.

Heal's father, Shane, also took to social media saying it was a "tough break" given the circumstances.

Tough break for Shyla Was traded and waived today. 2 practice sessions & 20 odd mins. The team lost 5 straight home games so they cut 2 first round picks. Great experience that will make her even tougher. It’s a business there. Super proud & know she will kill it there👀

Cheers mate. Being cut at the airport before boarding for the road trip is character building. I luv her resilience. Being 19 & sitting in an apartment alone in Chicago is tough too.She will be ok.Lots of people going thru more difficult things in life.We appreciate the support🙏🏼 https://t.co/umfLcMrexC